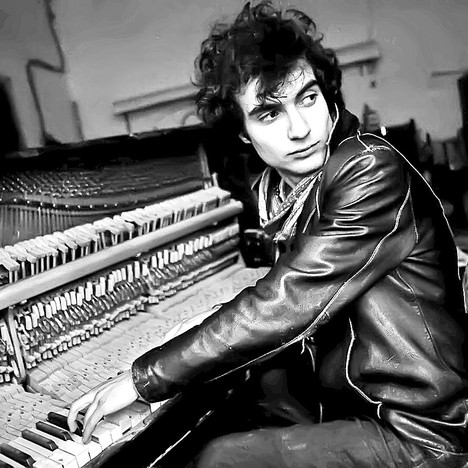 I don’t listen to a lot of music outside my established go-to stuff. In other words, it can be difficult to introduce a band or artist to me if I’ve never heard them. It usually takes some kind of trigger– like the “rule of three” in marketing: essentially, you have to be shown something three times to actually make a decision to follow up on it. If I hear something once, regardless of it’s musical value, I often disregard it in the spirit of unfamiliarity. I know that’s not cool.

For example, it took a solid two years of convincing by a dear friend for me to even give Band of Horses a chance. Why? Maybe I thought “Band of Horses” was a dopey name for a band. I mean its kind of dopey.

Anyway, last month I happened to arrive in Armenia the evening Tigran Hamasyan, a composer  and pianist, was playing a concert at the Yerevan Opera Theatre. I didn’t know his music, who he was, or how I was fortunate enough to land a ticket (thanks Jennifer Huygen).

Up the marble stairs, into a chandelier lit room, I sat down in my velvet red seat overlooking what was soon to be a packed house.

I’ve seen performances of virtuosos like this before. However Tigran falls into a strange category: he isn’t a pop artist in the most commonly held sense, he’s not really a classical musician, he’s kind of a jazzer, but explores so far outside of that. Usually when this kind of thing happens one finds a very specified audience at concerts as such (i.e. Béla Fleck). Yet I couldn’t help but notice the place was brimming with teens on their phones, parents and elderly folks alike.

I later learned Tigran uses traditional Armenian melodies, modes and time signatures in his music. If you remember my post on the The Armenian Song & Dance Ensemble, you can kind of get a feel of what we’re talking about in terms of tradition, kind of.

As established in the Armenian Song and Dance Ensemble post, we know Armenia was the first Christian nation and is complicated in many ways; religiously, politically, economically, diasporically (we’ll make that a word), and its music is no exception.

Tigran himself was born in Armenia, moved to Los Angeles at 16 then to New York, then back to Armenia where he currently resides. His arrangements of traditional tunes reflect the complexity of the country’s history. Here is his arrangement of “Shogher Jan”:

With an understanding of the intricacies of his compositions and arrangements, it was to my surprise when I listened to the song “Holy” off Shadow Theatre. The song is based on the ancient Armenian hymn, “Soorp Soorp,” the textures are indelibly rich, the melody somewhat simple, and so with the accompaniment. This wasn’t the intense jazz-pressed, meter-varying, heavy metal influenced material he’s known for.

I dug a little and found a comment Hamasyan made on arranging music from Armenian Orthodox mass:

“…But I understood that with this sacred music that you can’t touch the surface. You have to go deep into it. You have to be careful and have responsibility to the beauty.”

After reading this statement, one reason dawned on me for the age-varied audience that night in Yerevan, and it goes beyond the music being played. Armenia, through its complications and trials, appears to find profound ways in which to hone in on their identity.

As the first Christian nation (301 A.D.) and still a Christian nation, Tigran channels a part of his national identity in this arrangement, his reverence to the Christ or the inherent sanctity of this ancient music. For this, believers or not, I think Armenians can find out a little bit about themselves in listening to Tigran. You can feel a surrendering to something greater than himself in the arrangement. There’s a struggle, faith and perseverance in not only Hamasyan’s music, but in the Armenian spirit, that I find extraordinary and profoundly moving.

In case it’s blocked in your country: